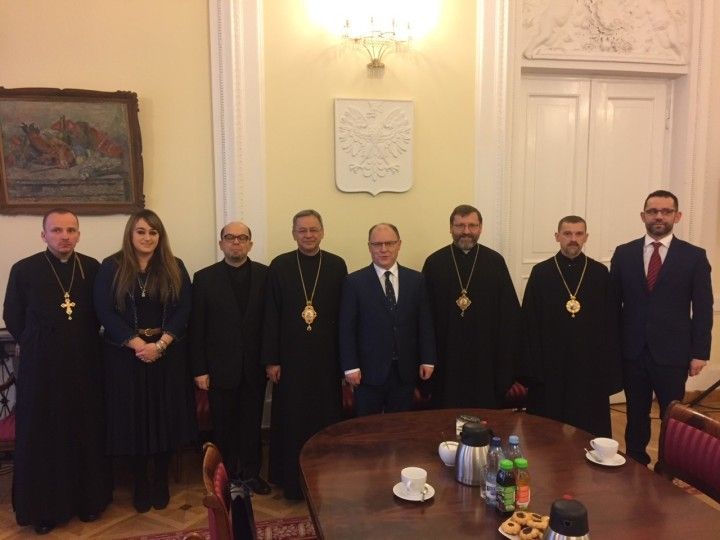 Most Rev. Sviatoslav visit in Warsaw, Poland commenced with a presentation meeting of a new book entitled „Dialogue Heals Wounds.” It is an extended interview which Krzysztof Tomasik, a journalist of KAI, made with Abp Major Sviatoslav. The meeting’s host Marcin Przeciszewski, the Director of KAI, mentioned that the book is „very important, needed and touches upon current issues.”
Following the meeting, Most Rev. Sviatoslav met with Abp Stanislaw Gadecki– the Head of the Episcopal Conference of Poland, Cardinal Kazimierz Nycz – the Metropolitan of Warsaw, Zdzislaw Sipiera – the Voivod of the Mazowieckie Voivodeship (Region) and the Vice-President of Warsaw, Michał Olszewski.
Most Rev. Sviatoslav had a discussion with the Head of the Episcopal Conference of Poland about the situation of Ukrainian migrants in Poland. He thanked for possibility of conducting pastoral service for Greek Catholics in Roman Catholic parishes in Poland.