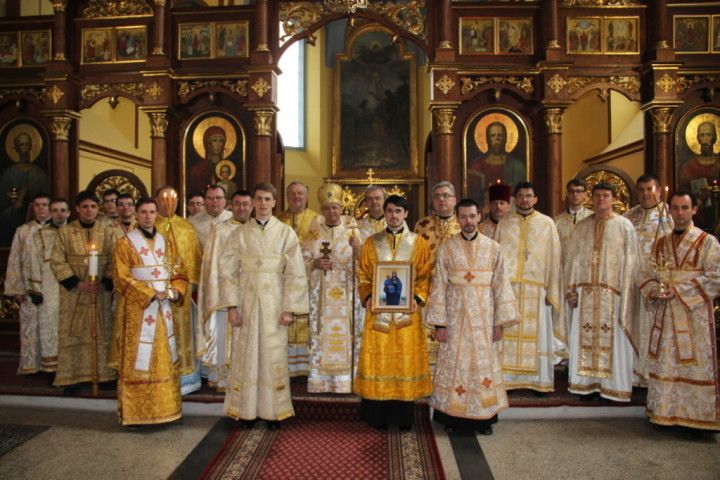 The 11th March 2017 was a significant day for the 6th-year students of the Metropolitan Greek Catholic Seminary in Lublin. Most Rev. Eugeniusz Popowicz, the Archbishop and Metropolitan of Przemysl – Warsaw, ordained Igor Hinda, Roman Kocurowski (both from Lublin Seminary) and Hryhorij Pacan (student of the Greek Catholic Seminary in Preshov, Slovakia) as subdeacons. The ordination was held in Ss. Apostles Peter and Paul church in Krynica.