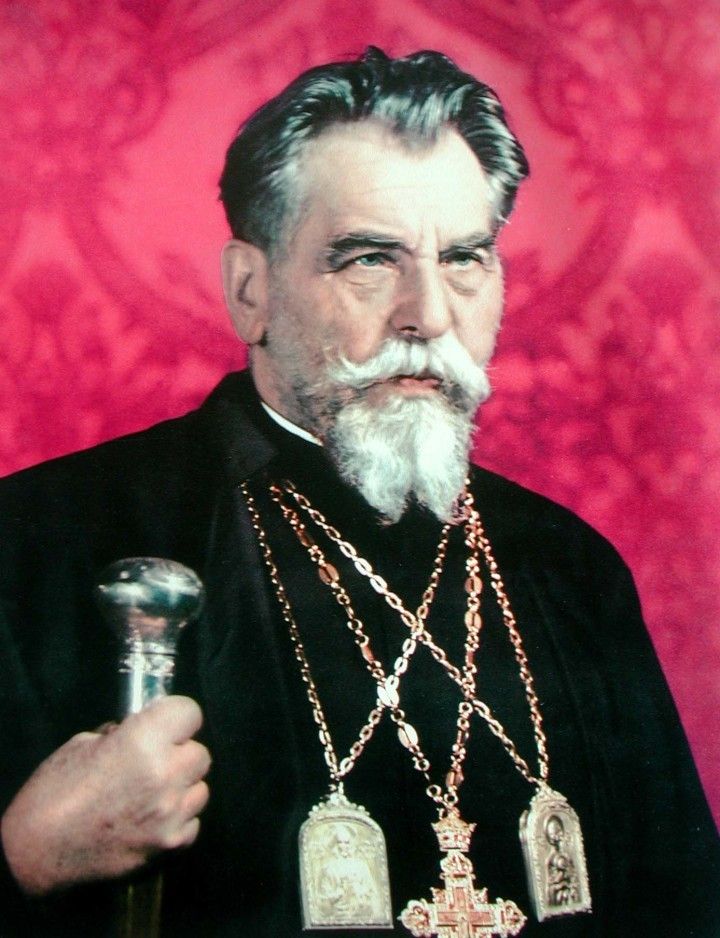 Josyf Slipyj was born on the 17th February in the village of Zazdrosc, Galicia, then Austro-Hungarian Empire. He studied at a Ukrainian Secondary School (Gimnazjum) in Tarnopol and afterwards at Lviv Seminary. After graduation, Most Rev. Andrej Szeptycki, the Metropolitan of the Ukrainian Greek Catholic Church, sent him for further studies to Innsbruck, Austria-Hungary. On the 30th September 1917 he was ordained as a priest by Most Rev. Andrej Szeptycki. He graduated from the University of Innsbruck in 1918 and went to Rome to continue his studies at the Pontifical Oriental Institute, the Collegio Angelico (Pontifical University of St. Thomas Aquinas, Angelicum),and the Pontifical Gregorian University.

In 1922, he returned to Lviv, Poland, and started pastoral work in the Archdiocese of Lviv. At that time he established and became the editor-in-chief of a theological quarterly – „Bohoslovia.” From 1925 to 1939, he worked as a professor of Theology and later as the rector of the Lviv Seminary.

During the Soviet occupation of Lviv, on the 25th November 1939, he was ordained, by Metropolitan Szeptycki, as the Archbishop of Serrae and Coadjutor Archbishop of Lviv with the right of succession. The ordination remained a secret due to the political situation at that time.

Following Metropolitan Andrej Szpetycki’s death on the 1st November 1944, he became the actual leader of the Metropolis of Galicia. On the 11th April 1945, together with other Ukrainian Greek Catholic bishops, was arrested and sentenced to 8 years of labour camp in the Siberian Gulag. One year later, the Soviet regime liquidated the Ukrainian Greek Catholic Church by calling up a fake „Synod of Lviv” and „reuniting” the UGCC with the Russian Orthodox Church.

Most Rev. Slipyj, repeatedly rejected reunion with the Russian Orthodox Church and in consequence was sentenced to further imprisonment in 1953, 1957 and 1962. In total, he served 18 years in Siberian, Mordovian and other labour camps.

Due to efforts made by some influeantial people, and especially by Pope John XXIII, he was released from prison in 1963. In February of the same year he arrived in Rome and took part in the Second Vativan Council.

In 1963, some Ukrainian Greek Catholic bishops tried to push the idea of patriarchate through but eventually, Pope Paul VI refused and created the office of major archbishop, nominating Most Rev. Slipyj as the first incumbent. Two years later, on the 25th January, Pope Paul VI ordained Archbishop Slipyj as Cardinal.

On Cardinal Slipyj’s orders, in 1967-1968, there was built St. Sophia Church (which later became the minor basilica). A year later, Cardinal Slipyj consecrated it.

In 1969, 1970, 1973 and 1976 Cardinal Slipyj travelled around Europe, North America, South America, Asia and Australia and visited Greek Catholic communities in order to strenghten Church life and national identity among the faithful.

He died in Rome on 7 September 1984. His relics were returned to Lviv and placed in St George Cathedral in 1992.

The cause for canonisation of Cardinal Slipyj has been introduced at Rome.