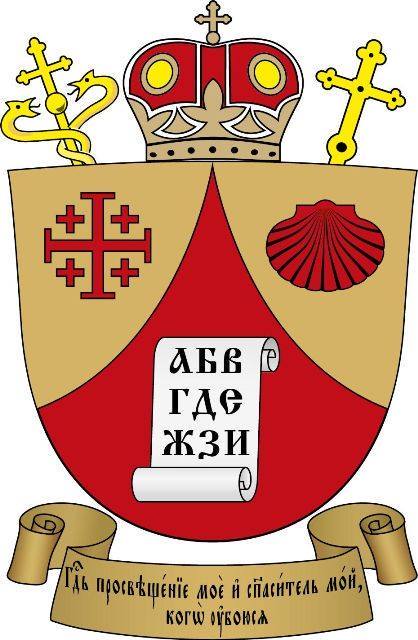 Dear brothers and sisters in Christ!

On 2nd June 2016, a group of Ukrainian religious, cultural and political activists as well as leaders of Ukrainian Churches addressed the Polish government, religious and cultural activists and the whole Polish nation mentioning the Volyn tragedy and death of many of innocent brothers and sisters. They wrote: “There is no excuse for killing innocent people … We ask your forgiveness and at the same time we forgive your wrongdoings towards us – it is the only spiritual formula which should be present in each and every Polish or Ukrainian heart which craves peace and understanding … As long as both our nations live, the wounds will hurt, however both our nations shall survive only if we learn, despite historical differences, to treat each other like equals.”

For many years, Polish and Ukrainian Catholic leaders have taken part in meetings and signings of mutual declarations to prevent the tragic events of the Second World War from becoming an obstacle on the way to Christian life for both nations. In autumn 1987, while the Communist regime was still in power in Eastern Europe, Roman Catholic bishops from Poland and Greek Catholic Church leaders from diaspora (while the Greek Catholic Church in Ukraine was illegal) met in Rome. The Polish Primate, Cardinal Jozef Glemp said the following words: “We are guilty before God because we are sinners; we are guilty before our brothers because we do not have enough love. We are guilty before brothers Ukrainians because we failed to implement the truth which derives from the Holy Baptism.”(A speech given at St. Josaphat Ukrainian College on 17th October 1987).

Every Church, faithful to its mission, is obliged to accept the teaching of Lord that prior to making a sacrifice to God, first they should reunite with their brother who is hurt (see Mt. 5, 23-24). Fifteen years ago, on 27th June 2001 in L’viv, before the Divine Liturgy celebrated by His Holiness Pope John Paul II, during which 28 sons and daughters of our Church were beatified, Most Rev. Lubomyr Huzar, being faithful to Christ’s teachings, addressed His Holiness with the following words: “Perhaps one would deem unusual, unexplained and contradictory to mention, on the day of glorification of the Ukrainian Greek Catholic Church, the dark and spiritually tragic moments of our Church in the previous century. By these moments I mean that some sons and daughters of our Church knowingly and freely hurt brothers and sisters from our and other nations. For all of them, in the presence of Your Holiness and in the name of the Ukrainian Greek Catholic Church, I ask Our Lord, Saviour and Father and all the people whom we, as sons and daughters of our Church, hurt for forgiveness.”

Dear brothers and sisters in Christ! For over 30 years people of good will from both our nations have wanted to reach to the hearts of all Poles and Ukrainians to open them for forgiveness and peace. The current moment, in political history of Poland and Ukraine, seems to be utterly unfavourable for those who do not idealise their past. The old enemy of Polish and Ukrainian nations, which can prevail by dividing us, wants to reopen old wounds, provoke new wave of tension and hatred among us thus ruining our common European future. Consequently, in the Year of Divine Mercy we would like to follow the words of Pope John Paul II who said that: “merciful forgiveness both received and granted should become a healing balm,” which, we believe, could heal the wounds of the past.

Awaiting the response for the Ukrainian activists’ letter, who proposed to establish a common day of memory for victims of our mutual past, we kindly request that on Sunday 10th July, while commemorating the victims of the 1943 Volyn tragedy, to celebrate a panahyda in memory of all victims of Polish – Ukrainian conflicts throughout centuries.

In our funerary traditions there are the following words: „I am the image of Your unsaid glory even though I wear ulcers of sin. Bless Your creation, Lord, and purify me with Your mercy and grant me my desirable home and make me an inhabitant of paradise again.”

Let the truth about God’s image, which cannot be destroyed even by the deadliest sin, give strength to every Christian to overcome hatred in their heart. Let the hope for God’s mercy encourage all to follow the Lord.

The Major Archbishop of Kyiv – Galicia,

Archbishop and Metropolitan of Przemysl – Warsaw

We kindly request all priests of our Church in Poland and Ukraine to read the Address on Sunday 10th July after each Divine Liturgy and also to serve a panahyda in memory of Poles and Ukrainians who died as a result of conflicts between both our nations over the last centuries.